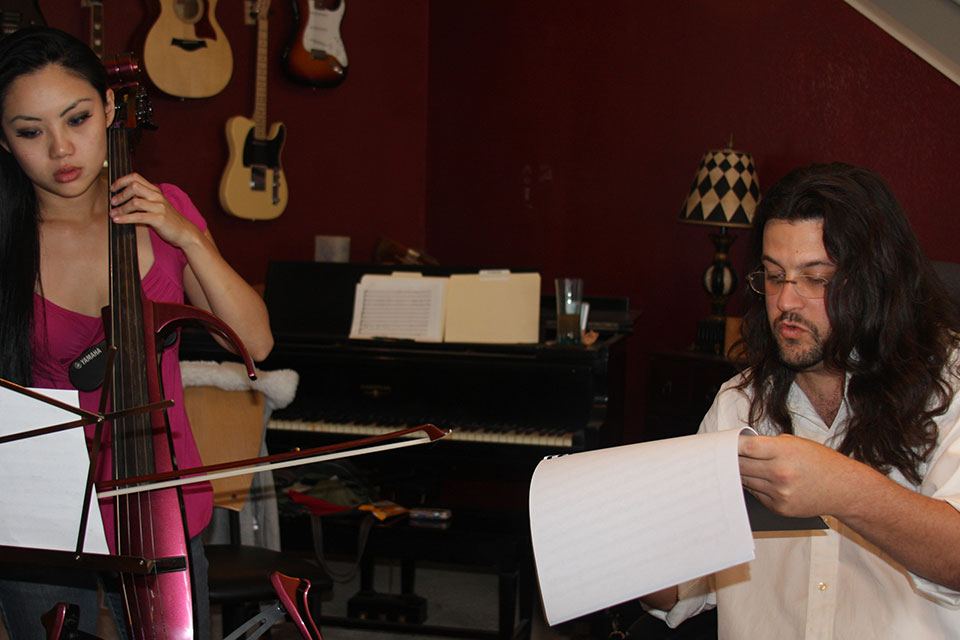 The Food Network’s Iron Chef America and Next Iron Chef have successfully repackaged Japan’s cult-classic cooking-competition series for North American audiences, offering pressure-filled, suspenseful hourlong cook-offs between the Iron Chefs of America and world-class challengers on the battleground of Kitchen Stadium. Throughout these series’ runs (nine seasons and three seasons, respectively), Los Angeles–based composer Craig Marks has scored each culinary showdown. He describes his signature musical cues as “a magic recipe of samples and live instruments.”

Marks notes that in adapting Japan’s Iron Chef, the Food Network’s producers “adjusted some of the [competitions] to appeal more to an American palate. On the musical side, it wasn’t much of stretch for me. All that theme music [in] the original Japanese version of Iron Chef was from Backdraft and Glory. I kept those scores in mind, but my direction from the production company was, ‘Like that, but 100 times bigger.’ We’re trying to create the equivalent of Julia Child meets world-wrestling meets American Gladiator [laughs]. The cues are enormous; they are over the top. Musically, it’s great fun.”

Marks’ home studio in the San Fernando Valley, CineMedia Music, serves as his base of operations; it is where he also scores ESPN’s SportsCenter, A&E TV’s Intervention, ABC’s SuperNanny, and other TV and film projects. “It’s mainly a writing and production space,” he says. “The living room is the studio and the dining room is the lounge. Generally I’m doing overdubs or small-ensemble work. When I need big ensembles, I’ll go out to any of the rooms here in town. I’ve got a high ceiling, but it’s plaster and wallboard. When I’m recording it sounds great with the [mic] capsules in omni, so why mess with something that sounds good?”

CineMedia Music is based around MOTU Digital Performer, Marks’ primary DAW, and Pro Tools. He uses another three PCs and a Mac to host his sample libraries, and calls on software instruments from Spectrasonics and Native Instruments, among others, as well as hardware synths. “I will treat the entire sampled orchestra as if it was recorded as a live session, to blur the line between synthetic and authentic instruments,” he explains. “I’ll use 16 to 17 [instances of Audio Ease] Altiverb [plug-ins] to help me place all of the instruments in the sound spectrum.” Marks notes that he uses live instruments in his productions “about 80 percent of the time. I have a network of colleagues who perform and play, and a growing collection of world instruments.” His microphone collection comprises models from RØDE, Shure, and others, and he says his favorites are a pair of Blue Kiwis. He monitors with Equator Q10s using Equator Control software.

Regarding his Iron Chef workflow, Marks says that producers will first give him advance notes on a season’s worth of episodes: “Because the turnaround times are so short, I do pre-score so the editors can cut as much as possible with music in place, then score critical scenes and big moments to picture.”